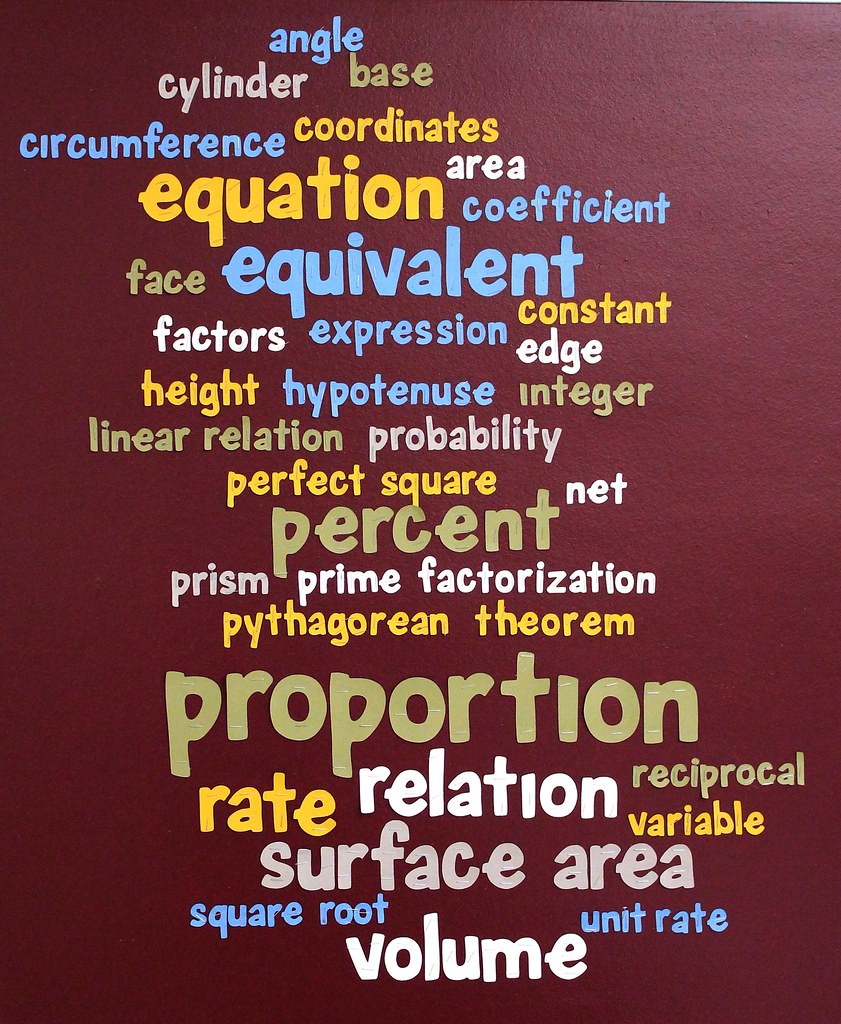 This has always been problematic to me, and I think I have a better idea of why now. As with so many revelations, this was largely born through thinking about Dan Meyer’s analogy of a problem being a headache, and math being the cure. But…these are always about the problem that a student is trying to solve without knowing the math required, and creating that need in the student to learn the math for a better reason than because we say so.

Polygraphs in Desmos I think are a great way to develop this need, where the vocabulary is the cure. I make a point in my class of how important it is to be precise in your mathematical communication, and I never test students on vocabulary. However, I make a point to use the relevant vocabulary regularly once we’ve defined it in the class. I also don’t take off credit if a student does not use the most efficient vocabulary. If she really wants to say the side opposite the right angle in a right triangle on a plane instead of hypotenuse, that’s up to her. As long as she is communicating her ideas effectively, eventually she will recognize the need to be more efficient. Generally, I don’t find that students in my class struggle with vocabulary even though I don’t test them. Both verbally and in written form, that just isn’t a common stumbling block.

My goal now is how to put more thought into making the extraneous words and extra writing and speaking enough of a headache that students are asking for vocabulary words to simplify our language. Does anyone out there do something like this – intentionally? Curious for those who do word walls – what’s your approach? Student created? Definitions/diagrams included? How much do you find it helps? Could the word walls become an aspirin for our challenging language?

Earlier this week, my geometry students took part in a new debate format. As is often the case, the topic was student generated. Every year, students inevitably complain about proofs in geometry. It generally happens based on what they have heard from parents  or older friends who have horror stories about their experiences with impossible wastes if time, and it comes up before we do proofs. Once we start doing proofs, students question why we are proving things that were already proven. “Shouldn’t geometry be about measuring angles and lengths and areas and volumes?”, they ask. “Why can’t we just apply what others have proven before us? What’s the point?”

Of course, I have my reasons, but

I research mathematics teaching and learning in secondary schools

Musings on math and teaching

Keeping track of my "Ahas!"

I'm not good at this yet, but I'm working on it.

Innovative math lessons you can use in your classroom today

The mathematics I encounter in classrooms

Lighting the world with math, one student at a time.